Today we look ahead at the week through the eyes of Debbi Evans, founder and editor of new women’s magazine Libertine. Debbi has ten years of editorial and project management experience, most recently as editor of behavioural insights agency Canvas8, where she reported on trends in the publishing industry among other things. Libertine sets out to provide an alternative to mainstream women’s titles.

Where are you today?
In the recently de-cluttered spare room/office, fighting off a rising sense of panic at my insane to-do list.

What can you see from the window?
Lots of green from the overgrown tree outside, with resident wood pigeon. I don’t know what kind of tree it is – just tried to do a Google Goggles search but nope. Still no idea.

How many emails are waiting in your inbox?
32 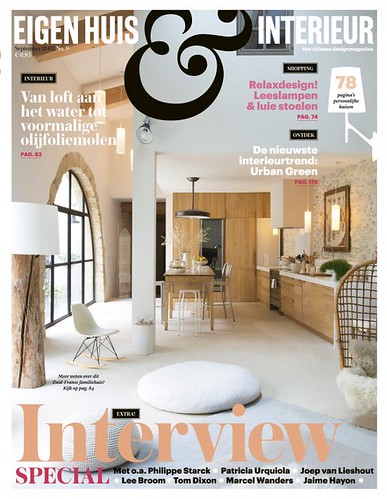 What’s your favourite magazine this morning?
I’ve been flipping through an old copy of Eigen Huis & Interieur, a Dutch interiors magazine which always makes me feel calmer. Nothing particularly unusual about the magazine itself, but the design they feature is great. I have enormous respect for the craft of magazines, and since starting Libertine a new-found understanding for the amount of work that goes into them, but I’m not a die-hard collector. Having said that, I can’t bring myself to chuck my copies of Monocle away. 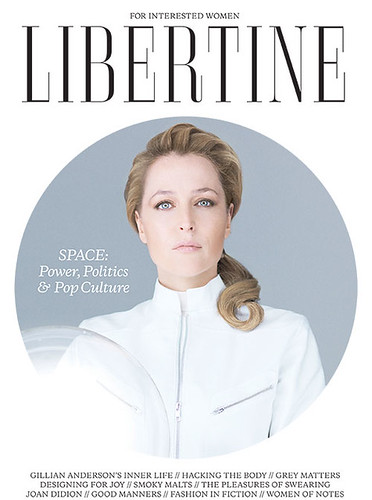 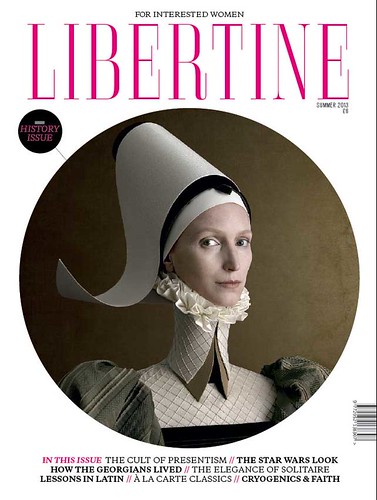 Alternatives to mainstream women’s titles have often been defined as much by what they aren’t as what the are. How do you describe what Libertine offers?
Libertine is a title for widely interested women. We struggled with the strap for a while, for the reasons you point out here – it doesn’t feel particularly progressive to let what you’re not define you. I think ‘widely interested’ makes a point without being disparaging, which feels like the better position to take. Similarly, we almost didn’t make it a women’s mag at all: the content is pretty gender neutral and it would be much nicer to make media which spoke equally to men and women. But women’s publishing is where the real gap in the market is – for now. 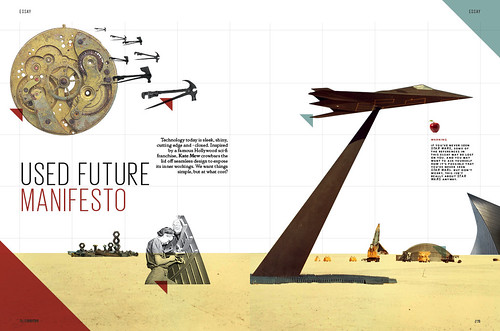 What did you learn from the response (yours and readers) to issue one that got fed into the making of issue two?
Feedback has been overwhelmingly positive but not particularly specific – people identify with the movement/idea behind the magazine and it seems to have struck quite an emotional chord. This is a great thing, as it means they’re more likely to be forgiving about the detail, such as typos (ahem, not that there are any typos). In terms of the way issue two has evolved, I certainly think the ideas have taken a big step up – we’ve got two original long form essays in addition to more features, and have tried to get a bit more variety in the feature length and proportion of images to words. 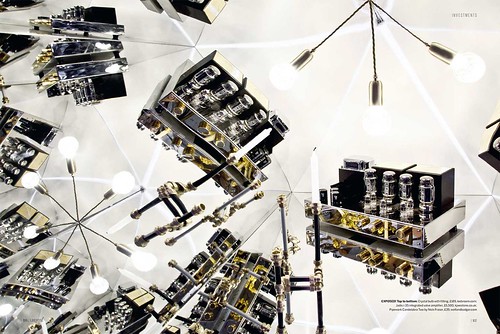 Your website describes Libertine as ‘a multi-platform lifestyle brand’. Can you see a time in the future where you don’t offer a print edition?
We almost didn’t do one at all, and there are still some times when I look at the resource it takes up and the (currently) relatively small return and wonder if we’ve done the right thing. Then I look at our Twitter feed, and revisit the looks on potential investor’s faces when it’s handed over. The overall Libertine business plan is a complex proposition, and handing over a beautifully packaged, expensive, luxury thing is the best way of showing that you’re serious about what you’re doing. It’s the best marketing tool going. We may well make it subscriber-only one day, though. 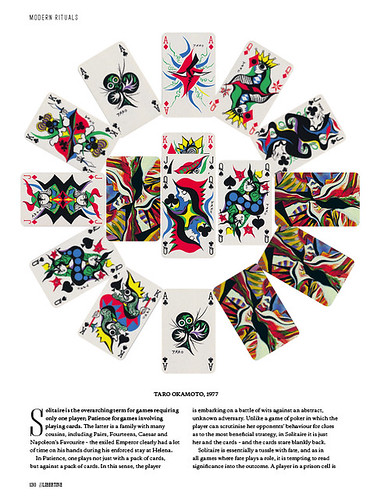 What was the last thing your art director said to you?
“I’m going feral. Don’t talk to me for a week – I need a break.” (She bloody does – she’s one of the hardest working people I’ve ever met – and looking for more freelance work, in case there’s any other ADs reading!).

What are you most looking forward to this week?
I’ve got some very interesting meetings lined up.

What are you least looking forward to this week?
Making sales calls.

What will you be doing after this chat?
Seeing a man about a very rare cello.