Delayed Gratification provides a quarterly antidote to ‘PR-driven stories, knee-jerk reactions and churnalism,’ each issue revisiting the news events of the last three months and using that time delay to provide a more reflective view on the stories than minute-by-minute news feeds. As issue 13 arrives, co-founder and editorial director Rob Orchard looks at his week ahead. 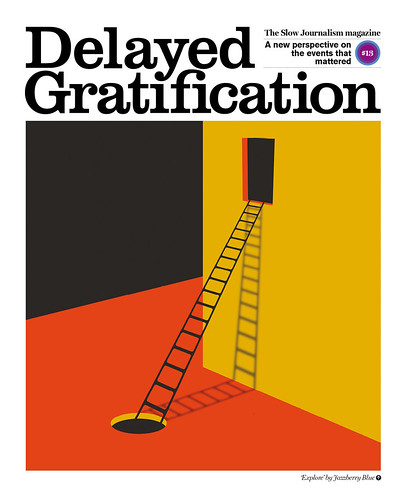 Where are you today?
I wish I could tell you I was in some exotic location, immersed in research for a story that will blow your mind in the next issue. But I’m in the office cranking out an overdue VAT return – such is the glamour of running your own magazine.

What can you see from the window?
A surprisingly cheery London morning and people having coffee in the sun on the roof terrace opposite us. However the more interesting action is happening inside the office: we work in a big shared space and one of our co-renters has a four-month old puppy he brings in to work each day. She is currently sitting by my desk, savaging an apple core she’s scrounged from someone’s bin. I highly recommend office animals for distraction from accounts and general morale-boosting.

Are you a morning or evening person?
Evening. I like to work late into the night and then bowl up to work at half ten. Except for during production week, when I start early, work late, crack on through the weekends and have four hours sleep punctuated by dreams about tweaking pages in InDesign. 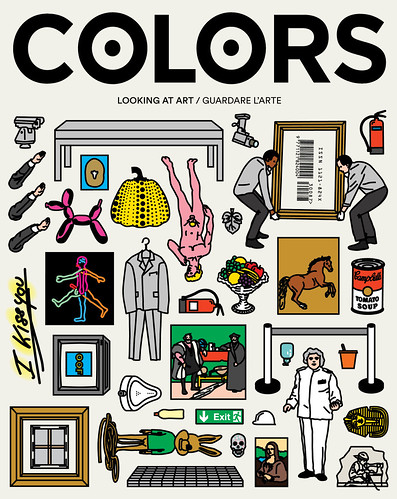 What’s your favourite magazine this morning?
Colors. It’s put together with such skill and intelligence, and the stories they find are just extraordinary. It feels like an important publication, it’s never self-indulgent or facile.

I’m also a big fan of a French magazine called XXI which I’ve recently discovered. They have a similar mission to us, and publish fantastic long form features and beautiful illustrated stories. 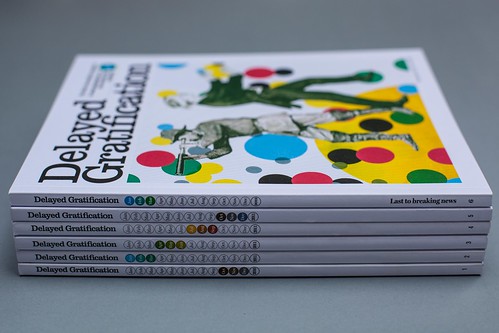 ‘Slow Journalism’ is a defiant retort to the immediacy of digital news. Do you sense Delayed Gratification is part of a broader movement against speed for speed’s sake?
In a sense yes – we certainly see ourselves as part of the wider Slow Food and Slow Travel movements, in that we share the idea of taking time to produce something of quality. News is a tougher pitch though: people are so used to the constant running commentary that passes as journalism that the idea of waiting to hear what it all means with the benefit of hindsight can take some getting used to. It’s easier to sell a slow-cooked casserole or a train journey to Barcelona.

How do you keep tabs on each three-month stretch of news stories?
We all spend a lot of time reading as many news sources as we can, cutting out the white noise and the barrage of space-filling flim-flam as we go and focusing in on the important events which deserve to be revisited. And then of course we’re always looking to uncover new stories from the period that everyone else missed. 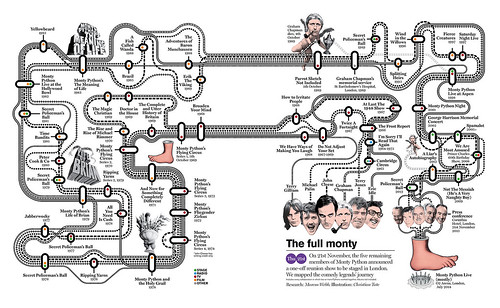 The design of the magazine is a key part of its appeal (the mix of text, photography, illustration and infographics) yet the closest thing to Delayed Gratification on the newsstand is probably The Week, one of the most under-designed magazines available yet hugely successful. Why bother with all that design effort?
The idea of the magazine – and slow journalism in general – is to produce something of substance, something permanent that’s worth treasuring and revisiting, a real antidote to throwaway news. Design is clearly a huge part of that. But it’s not purely a question of aesthetics: our art director Christian Tate produces incredible infographics which can tell a story as well as a 6,000 word feature.

What are you most looking forward to this week?
Having a proper ideas session with my co-editor Marcus and the rest of the team about the next issue. And getting the word out about our new issue, number 13. Our office copies arrived on Friday and we need to get them out to retailers.

What are you least looking forward to this week?
Honestly, it’s pretty rare that I dread anything at DG towers. I love working on this magazine and it feels like it’s now made the step from indie passion project to something more substantial, which is opening up a lot of really exciting possibilities. We’re working on a lot of ways to expand the project and spread the word about slow journalism.

What will you be doing after this chat?
Procrastinating about the VAT return, talking with a potential second licensee (we just signed our first licensing deal and DG will be launching in Korean in July), planning our first proper reader event and trying to persuade an Alaskan husky not to savage my pot plant.