If you’re after an overview of recent British editorial design look no further. ‘Great British Editorial’ is a 646-page collection of work from 46 London publishers/studios. The work is presented as flat art and without comment, so it’s the breadth of selection that is interesting rather than any analysis – the book includes work by Alexander Boxill, David Pearson, Marcus Piper and Matt Willey. It even features all ten cover designs for the ‘We Love Magazines’ book.

There’s not really a single British direction that emerges from the selection, indeed it’s the variety of approach that stands out. But perhaps the most typically English work present are these covers and hooligan fashion spread by Scott King during his 1990s stint at Sleazenation. 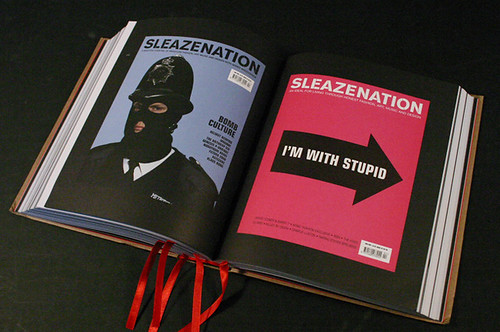 That ‘I’m With Stupid’ cover has long been a favourite of mine. The caption to the image below reads ‘Chair-throwing England fan wears replica Acrington Stanley Football Club shirt, shorts by Next’. 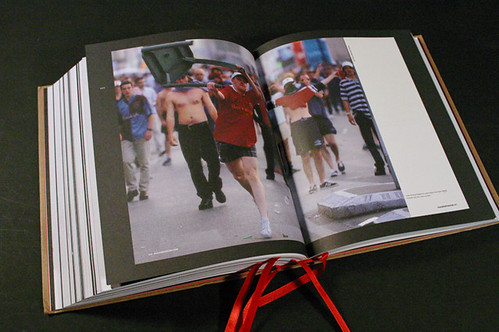 The book is eye candy, but top-notch eye candy. Recommended.