A quick look at four independents, each doing a good job with illustrated front covers. Starting with Huck and the always reliable Jean Julien. As the cover announces, the issue looks at gender bias through sport, gangs and cupcake-making. It also has a pull-out facimile of the original 1991 Riot Grrrl manifesto. 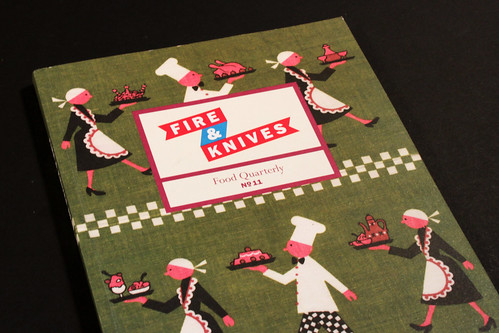 Fire & Knives has reached issue 11 and continues its latest of several distinct cover themes with another 70s tea cloth pattern. It recently won the Guild of Food Writers award for Food Magazines of the Year so congratulations to Tim and Rob. 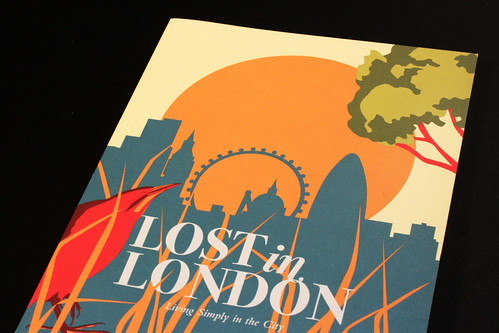 Lost in London snuck out another edition a month or so ago, and they continue their series of London views that emphasise the pastoral (some of you might recall that large orange sphere in the centre there – that’s the sun). The magazine has really settled into its stride with plenty of commissioned illustration as well as beautiful posters reproduced courtesy of the London Transport Museum. Cycling, plane trees, migrating birds, flower arranging. Cover art – Tina Smith. 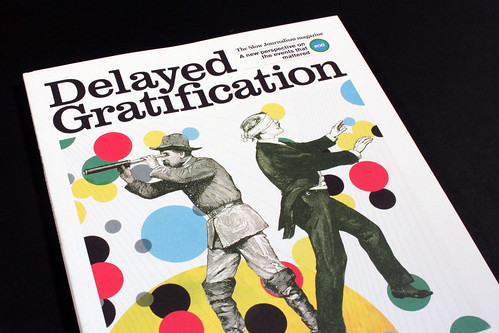 And lastly, Delayed Gratification is back with another three months reflection on the news, announced by a cover illustration from Kate Banzai. The first six editions have built up to be a great record of the last 18 months. This one highlights the grounding of the Concordia, the re-election of Putin and the bombardment of Homs, as well as smaller stories such as the completion of the London Shard.