Andrew Losowsky hears a rare talk by one of the founders of Spy magazine.

On Tuesday I went to see Kurt Andersen (now perhaps best known here in the States as a public radio presenter) give a talk about Spy magazine to a tiny roomful of people at D-Crit, New York.

Spy was a co-creation of himself, Graydon Carter (with whom he worked with at Time magazine, and who went on to become the much-lauded editor of Vanity Fair, a post he’s held since 1992) and businessman Tom Phillips.

It ran from 1986-98 (though its founders left within two years of selling it to investors in the early 1990s), and it is increasingly viewed as being hugely significant for its satirical outlook and innovative design, originally by Alexander Isley. The entire Spy archive is now available for free on Google Books.

Andersen described the event as the first time in 20 years that he’d gone back to discuss Spy. Here are some freeform notes that I took during his highly entertaining presentation. 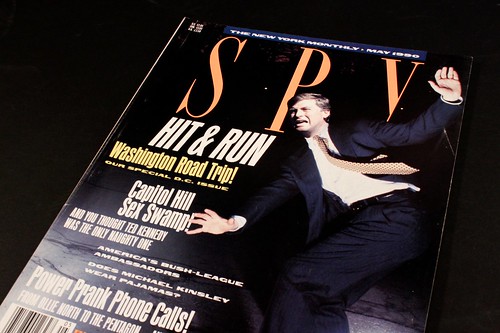 Inspirations included HL Mencken’s magazine American Mercury; early issues of The New Yorker (which began as a satire magazine) – especially Walcott Gibbs’s 1936 profile of Time owner Henry Luce that parodied Time’s style and was a sensation at the time; a British magazine that Graydon knew (being Canadian) called Private Eye, and the fictional magazine in the movie The Philadelphia Story, which was called Spy.

[We described the magazine as] intelligent sensationalism.

We decided we wouldn’t do reviews. We reviewed critics instead.

It was not conceived as a marketing tool. Or, as history showed, a business.

We felt it was for New Yorkers, wherever they lived. 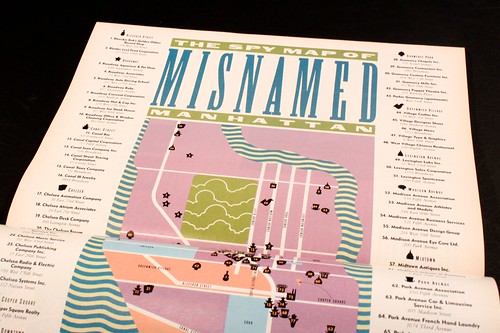 Early on, we moved into the Puck Building, because it had been originally occupied by a satirical predecessor, Puck Magazine. 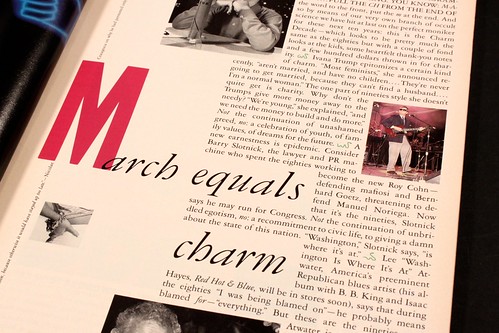 We created a series of Spy pranks. In one of them, we spent more than a year sending out small checks to rich people, and then increasingly smaller checks to those who cashed them. Donald Trump cashed one check we sent him for 13 cents.

Once we’d done something we didn’t want to do it again – except for certain repetitive gags, especially about Donald Trump.

The only serious legal threat we had was from Gore Vidal, who sued us for claiming he was litigious.

We created a temporary tattoo of Gorbachev’s birthmark that we bound into the issue. 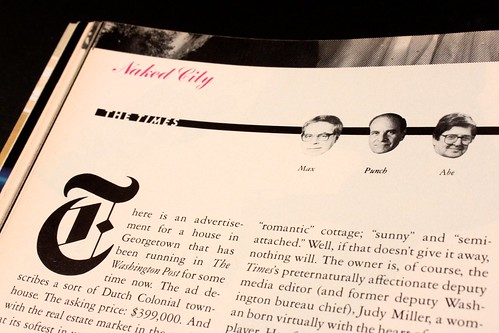 At the Democratic National Convention, we created a fake New York Times front page that we wrapped around a real issue, printed about a thousand, and had newspaper boys hand them out.

In one issue, we ran an 11-page “Spy for Kids”. One article, “No Virginia, there is no Santa Claus” explained why it was scientifically impossible for Santa Claus to exist.

For one issue we made Spy as if had been made in the 60s – we used an old paper stock, old typography, and took current 60 year old moguls, found old photos of them from the 60s, and wrote an article about “the people who might go on to rule the world.”

We did a couple of books. One of them was a Cliff Notes parody, and Cliff Notes sued us. We eventually won, and created legal precedent. 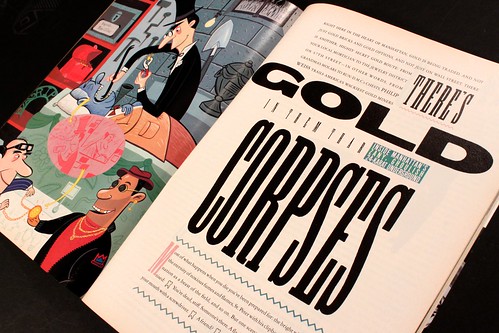 Our first issue had a print run of 25k. We grew the magazine to a 200k circulation.

These days, everybody has their own Spy online.

Attacking people all the time has a soul sucking quality, even if 98% of them deserve it.

I worked at two or three mags afterward but I never worked as closely with art directors as I did at Spy. 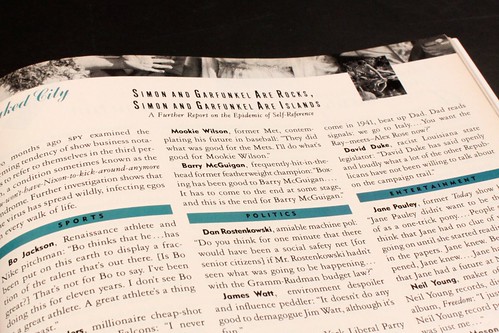 Almost three years in, the three founders had a vote on whether to sell to Conde Nast that had to be unanimous in order to sell. One of them voted no – I know I voted yes, but the other two today disagree about which of them said no.

It was great to make something collaboratively that in its small and intense way had the impact it did.

I was 30 years old when it launched. [Do you miss making Spy?] I miss doing it for the first time age 30.

It was like being in a band, and I’m happy it doesn’t still go on tour.

If you want to know more about Spy, track down a copy of the book, ‘Spy–the Funny Years’.