Colors has long earned its place in magazine history for the uncompromising photo journalism of early issues under the guidance of photographer Oliviera Toscani and designer Tibor Kalman. In recent years it’s faded from view somewhat, despite the continued support of clothes retailer Benetton.

But over the last couple of years new art director, and now editor-in-chief, Patrick Waterhouse has revitalised the quarterly with a new visual approach and a guidebook-like editorial feel. He’s lining the magazine up behind the idea of slow journalism, of making the most of print rather than trying to compete outright with digital media, and this new issue  is a perfect demonstration of that. 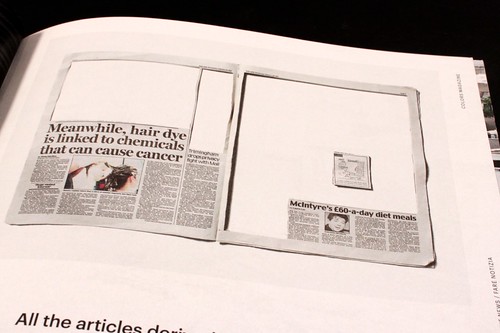 Every issue of Colors is themed, and this one, titled ‘Making the News’ looks at the state of journalism today. The effects of savage budget cuts as newspaper sales fall, the globalisation of news, issues of privacy related to the use of drones and the rise of amateur news services all figure in a pretty depressing review of the state of play. The issue opens with the above spread from UK newspaper the Daily Mail, with stories sourced from press releases removed. Only what remains – less than half – has been actively sourced by journalists. 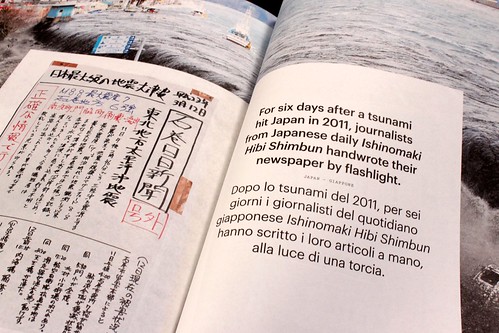 The magazine is published in six different dual-language versions (each includes English) and as usual is hugely visual, with bold captions highlighting stories and longer form text digging deeper. 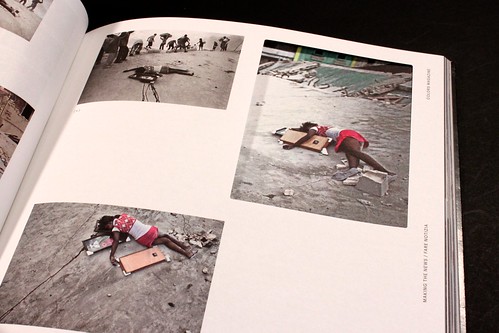 The idea of censorship and removal runs through the magazine as a visual theme, picking up on that Daily Mail opener. Pages from publications with images censored by Iran’s authorities – gymnasts legs covered up, womens cleavages painted over – demonstrate overt censorship.  But there is the less overt too. An image of a dead Haitian looter (above) is shown from several angles, and she appears alone, abandoned. Yet that top right image is seen first through a die-cut page. 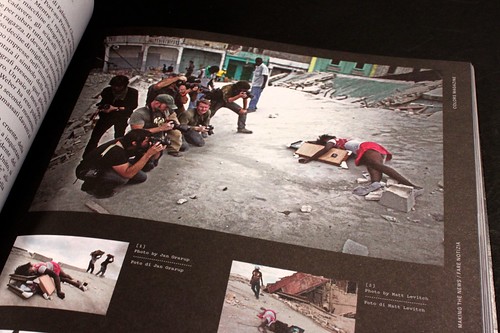 Turn the page and we see the full image (above). The dead girl is anything but abandoned, she’s actually surrounded by photographers. A very uncomfortable photograph that leaves mutliple questions unanswered about the business of journalism. 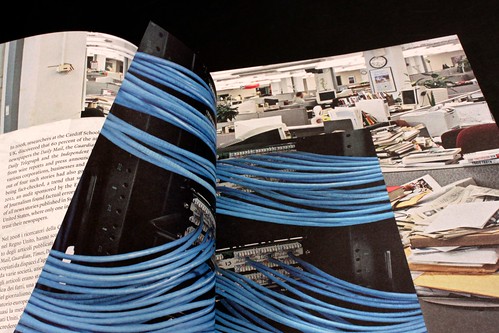 It’s a fascinating, well-compiled issue that is a must for anyone involved in our industry, both for the content and its presentation. Several stories have these mini-pages (above) that allow clever contrast between images, in this case between old and new faces of the newspaper industry. 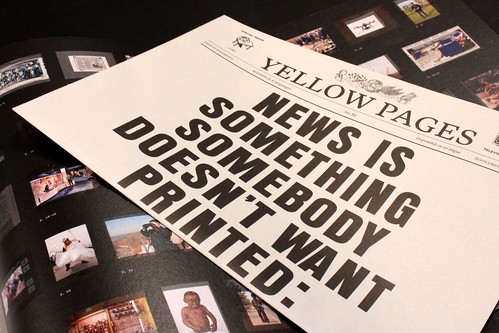 As ever, at the back there’s their ‘Yellow Pages’ info section, in this case presented as a pull-out tabloid newspaper.

Wherever Colors has wandered in recent years, it’s right back on track with this an other recent issues.

Colors 86 –Making the News is available from the magCulture shop.