A curious name for a curious magazine; Pinholet (a made-up word based on pinhole, as in the experimental camera) is a small-format, impeccably produced new magazine that looks at a different region each issue through the eyes of a group of like-minded creatives. This issue deals with Hong Kong, and features the paper copies of real items available in the territory to accompany you after death; a New Yorker who launched a tailors in HK; a look at Chinese letterpress (below) and much, much more.

The magazine shares many of the traits of today’s indie magazines: a small format, matt paper, monochrome type… we know the routine. But it’s all so perfectly formed you can forgive these commonalities. The design and art direction has a lovely light touch, and puts many superficially similar looking magazines to shame. 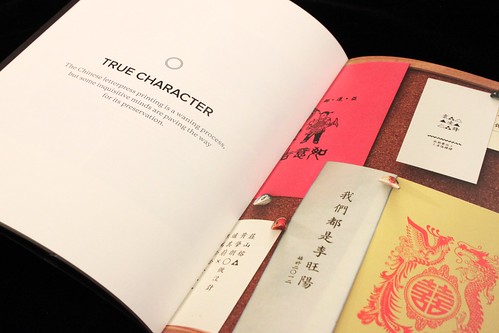