The 79th issue of design magazine Eye describes itself as a type special but for we magazinaholics it’s pretty much a magazine special. 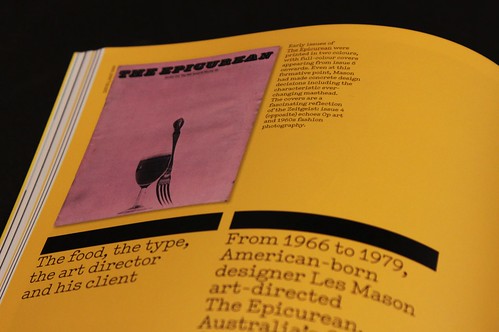 The big magazine story is a profile of Les Mason and his work for relatively little-known Australian food mag The Epicurean, a publication that helped establish that country’s reputation for food and wine culture during the sixties and seventies. The images of the magazine (two of 16 shown here, above and below) plot a history of the period’s graphic styles. Beautiful. 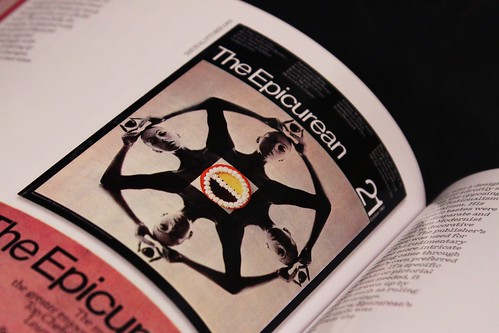 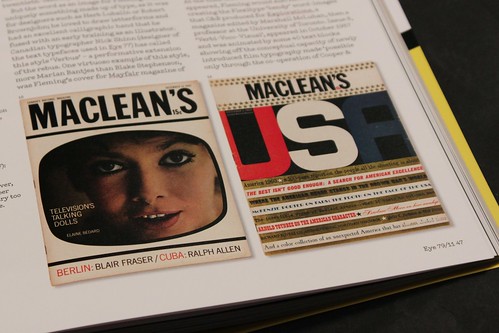 Another profile looks at the typographic work of Canadian designer Alan Fleming, and refers to his editorial designs for Maclean’s magazine (above). 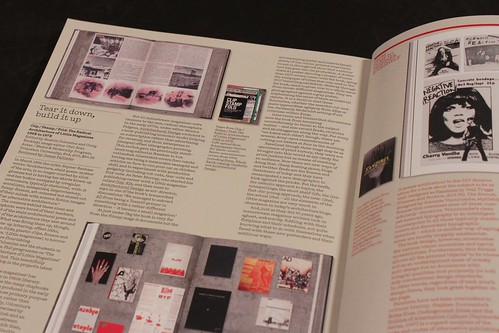 Two recent books about magazine design are reviewed – Teal Triggs’ ‘Fanzines’ and the ‘Clip/Stamp/Fold’, the catalogue of the long-travelling exhibition of the same name (above). 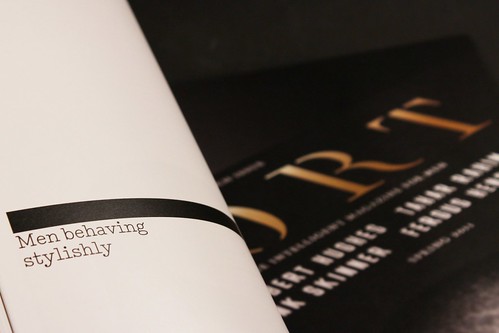 Last but not least there’s a look at the recent launch of men’s magazine Port, with interviews with creative directors Matt Willey and Kuchar Swara and a brief look at the iPad app we made at magCulture.