Magazines have often been linked to or funded by events like exhibitions and conferences. But the last few years has seen a rise in magazines as events. Influenced as much by the universality and portability of production equipment as by the naturally open character of the internet, the potential for crowdsourcing content and creating pages in a public environment has been tested by everyone from Grazia to smaller projects like the growing number of 48-hour magazine projects. And this week, of course, the Church of London have been busy with their Good Times magazine-in-seven-days project. Boat Magazine takes the event idea a stage further, setting up their magazine studio in a different city every issue and seeking to reflect a local vision of that city. 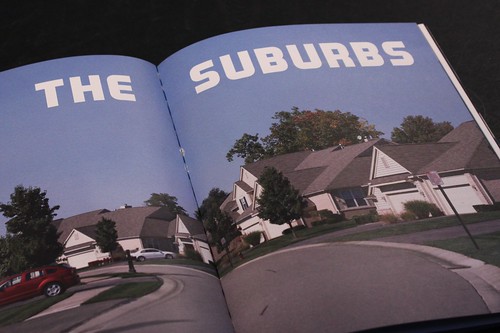 Their first issue dealt with Sarajevo, and for issue two they’ve been to Detroit. Famed for its failing car industry, resulting deserted suburbs and derogatory nickname the rust-belt, the Boat team, led by Davey and Erin Spens, set out to discover a more genuine insight into what was once the fifth-largest city in the US. Setting up shop in a rented house they worked with UK-based and local contributors, even getting Jeffrey Eugenides on aboard to write a piece about his city of birth. What better place to start than James Naylor’s shots of the still-populated majority of the suburbs (above). 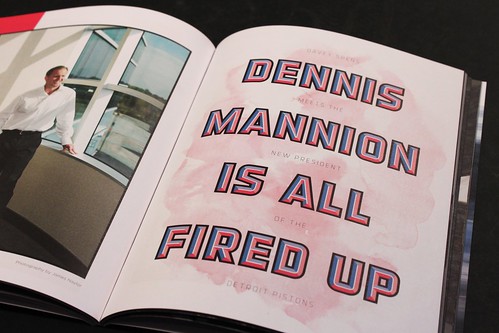 The magazine doesn’t shy away from the issues facing the city –  an interview with the recently imported basketball coach Dennis Mannion reveals he’s staying in a hotel while his family remain back in LA, hinting at how the place is seen. But Mannion’s story is one of optimism, of sport as inspiration. Also worth noting that headline font, called Detroit, by Alex Sheldon. 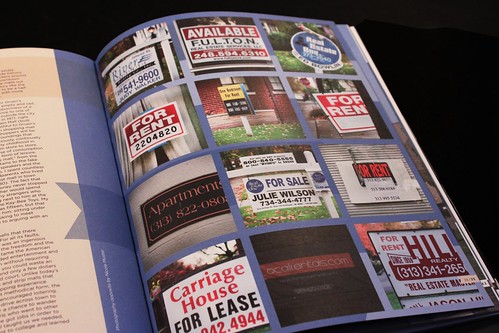 This set of For Sale signs shot by Nicole Muster hints at failure too; but among all this there are plenty of positive stories. Patti Smith recently referred to her one-time home city as being a better option for the young than better-regarded places like New York City – places that have priced the young out. Boat carries plenty of examples of young people making a go in Detroit, from musicians Alex Winston and Jessica Hernandez to entrepeneurs running their own fashion, website, restaurant and food businesses. 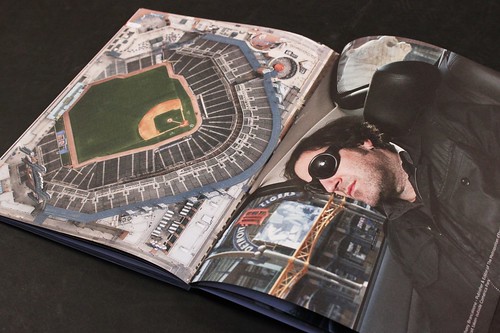 A personal highlight is this shoot by Giles Price featuring local people and aerial shots of their location. People and place. Nice.

Next up – the non-Olympics London issue.