As ever the magazines keep coming and I’m running behind, the pile on the desk growing, even spilling onto the floor here at magCulture. So here’s a quick flick through some recent arrivals, starting with the third issue of Edinburgh’s Hot Rum Cow. 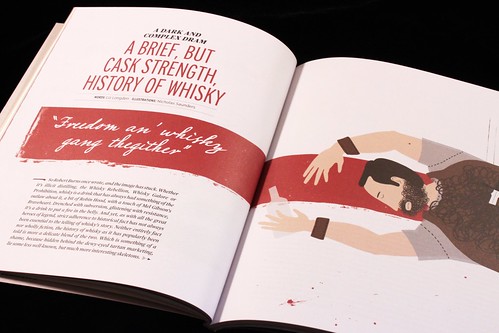 Continuing their adventures in the world of drinking, the HRC team follow the relatively quiet distractions of gin and cider with a full-on whisky special. Plenty to read, loads of lovely illustration like this example from Nicholas Saunders, and a magazine going from strength to strength. 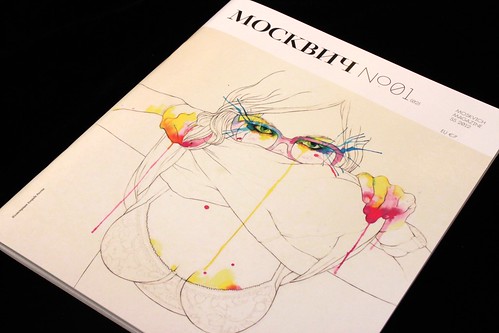 Meanwhile from Russia a rare independently published magazine, or rare at least to reach the UK. Moscow is a biannual that records the lives and interests of young Muscovites as they experiment with mainstream western culture, their own local history, and the relationship between both. 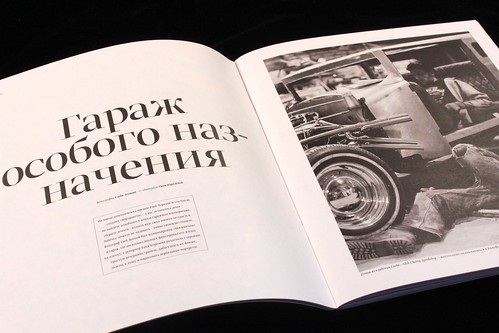 Not being able to read the texts means I have to rely on the images, which combine ad hoc shots of young people (who of course could be anyone, anywhere) with a healthy dose of nudity and a fair amount of Americana – customising vehicles (above) is a typical photo story. Moscow offers an intriguing insider view of a country we know little about. You can flick through the pilot issue here. 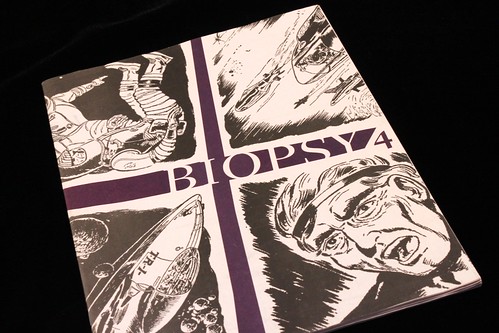 I featured issue three of Biopsy a while back, and its back with a new issue, again on newsprint. It continues editor Chris R. Morgan’s personal quest for oddities, with a series of unconnected essays around poiltics, current affairs and culture. 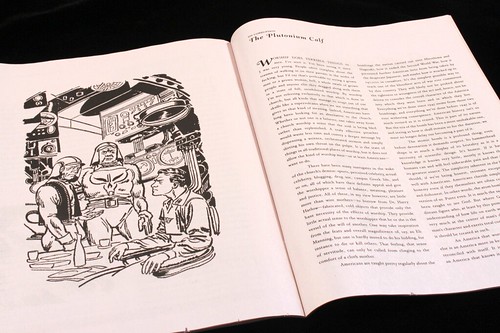 All are presented in a clear, classical style with line art illustrations. It’s a simple formula but works well, one of those magazines I’m really glad exists. I’m just sorry it’s taken so long long to give the issue a mention here (it’s labelled the Winter 13 issue). Recommended. 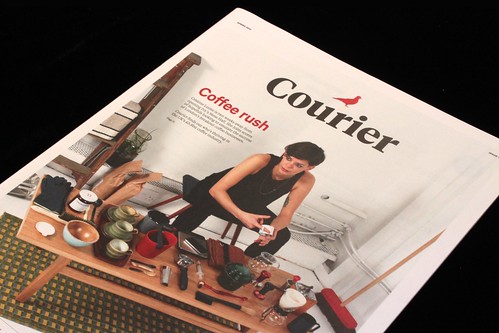 Courier has also sat here at magCulture awaiting a mention for too long. Launched back in the Spring, it’s a London-based title about business start-ups. 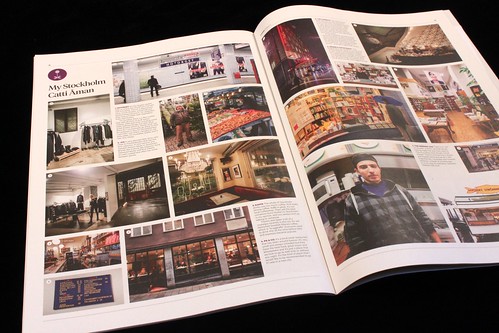 The mid-sized improved newsprint publication is a very polished debut, as you’d expect from  a comms agency (it’s published by Tomorrowland). Visually, it owes a little to Monocle, but the idea is sound and there is plenty of strong content. A feature about new coffee shops caught my caffeine-addicted attention. I’m currently working my way through the 68 listed coffee shops. 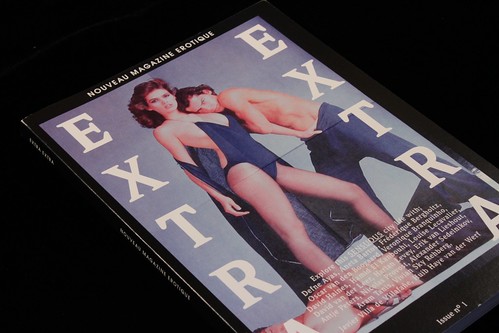 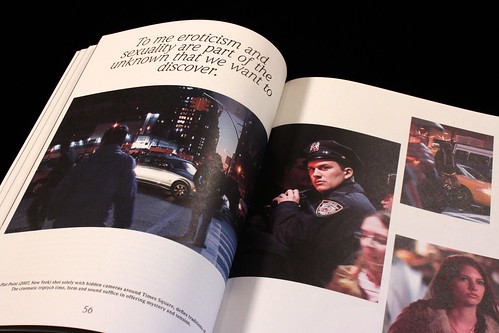 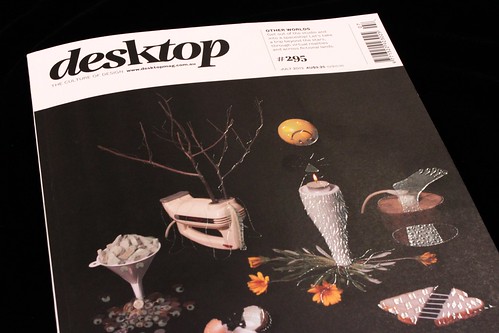 Desktop is still a relatively recent discovery for me (editor Heath Killen was a recent At Work With subject) yet already Killen has moved on, leaving this final issue. 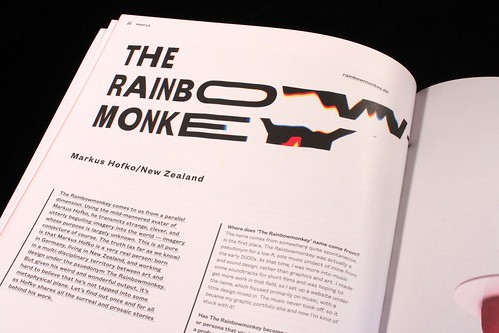 The themes is ‘Other Worlds’, allowing investigation of the more obscure and speculative areas of design. ‘Weird Times call for Weird Designs’, as Killen puts it in his intro. I particularly liked the distorted headline designs. It’ll be interesting to see where new editor Bonnie Abbott and designer Davin Lim take the mag. 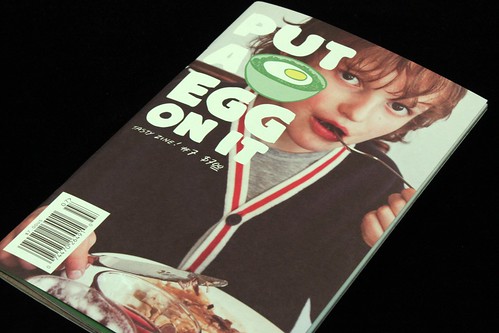 A new Put a Egg On It is always cause for celebration. One of the first of the current ever-growing crop of food mags, issue seven has more pages and feels better then ever. 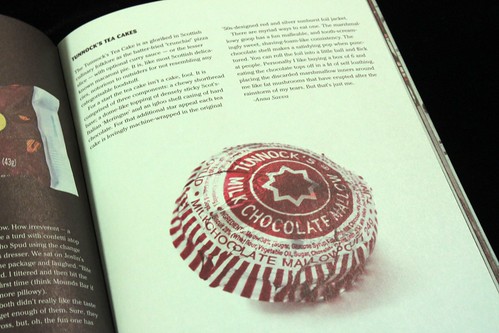 The issue carries plenty more real-life food reportage, even reaching Saigon and Tangiers, plus the odd surprise such as this Tunnocks tea cake, given a page to itself and lovingly dissected in words. The magazine is growing up gracefully, keeping its character while expanding. An ad prmises something called The Circular from the same team. I look forward to finding out more about that. 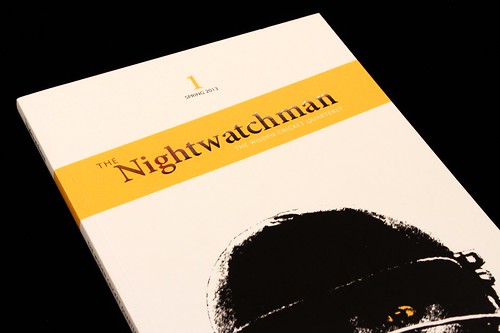 Lastly, cricket. Not a subject I can claim much knowledge of  but as we’ve seen so many independent football mags, why not a cricketing one? 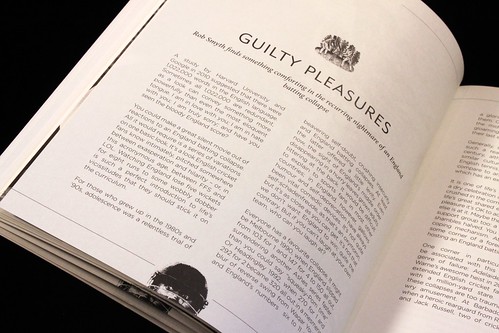 Interestingly, The Nightwatchman is published quarterly by the same people that make the cricketing bible Wisden, a move to broaden their reach I guess. If you enjoy cricket you’ll love the longform reading here.

So that’s eight very different magazines, all with their own character, themes and ambitions. Proof that, creatively, print remains very much alive. I hope to post a similar run through another eight here next week.