A brief look at a few recent arrivals here at magCulture, starting with the fifth issue of OK Periodical. 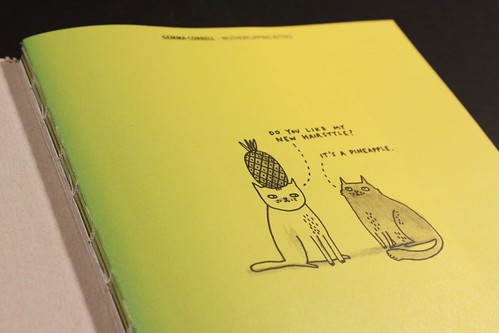 This issue takes the theme of the Body and presents just about the whole scope of what that brings to mind, from the comic (above) via the weird (below)… 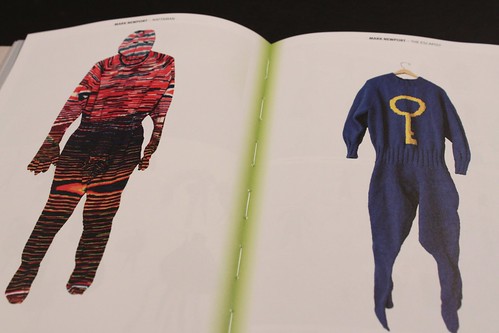 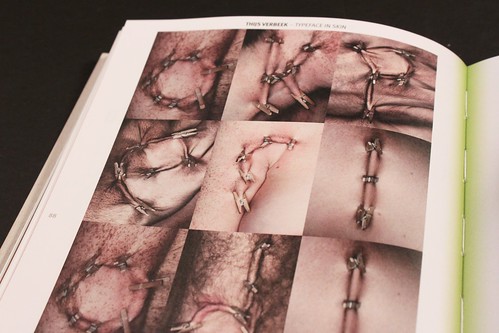 …to the inevitable ‘eeeewwwwww’ moment as a typeface is formed from pegged flesh and skin. The format and design quirks (the gradients) are familiar now but it remains an exciting and relevant curation project. Buy it here. 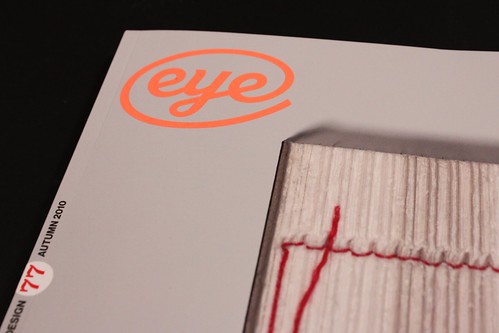 Eye magazine 77 carries the usual random set of stories, but two stand out for magCulture readers (I’ve deliberately drawn attention to the typography in the images as I really like the headline font choice for the issue). There’s a good set of reviews of iPad apps (below) by specialists including The Times creative director Alfredo Trivino and BBC head of user experience Jason Fields. Apps include Flipboard, Pulse and EW’s Must List. The expert views vary quite a bit, showing how open and unresolved the iPad app world remains. 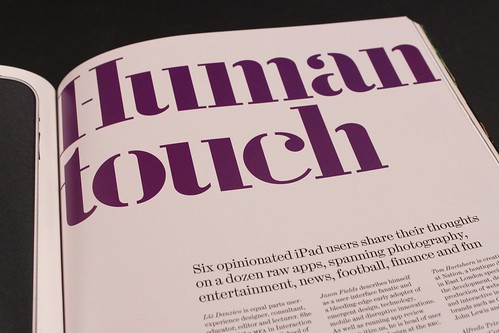 Plus John Ridpath looks at the new breed of cycling magazines – The Ride Journal, Rouleur, Cog and Bone-shaker all feature. Not very in-depth but good to see independent magazines highlighted. 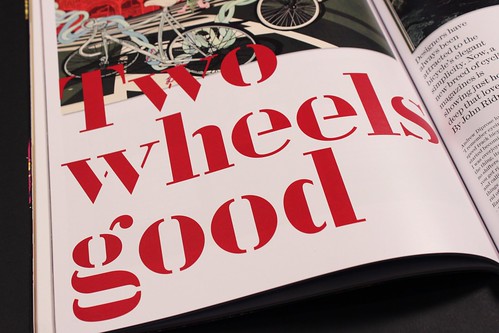 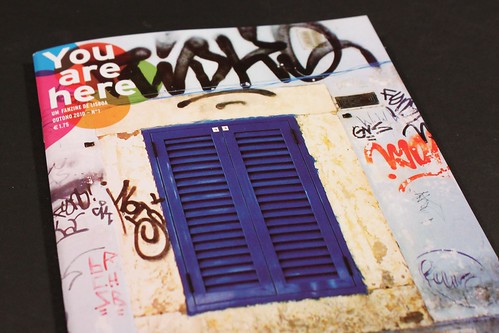 You Are Here is a new magazine (with a great name) about Lisbon published and edited by friend and sometime colleague David Roberts, an Englishman based in Portugal, and designed by another ex-colleague, Asger Bruun. It’s a lively first issue, the content squeezed into its small A5 format, giving it a fanzine feel. Not a bad thing, but complex to review when half the texts are in Portugese and half in English. Typically of David, though, there are some neat ideas behind it that make it worth a mention. 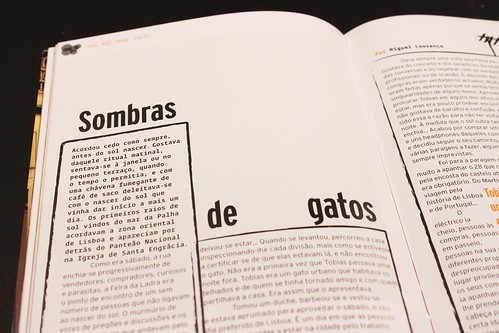 If you were expecting a traditional mix of listings and tourist information, forget it. You Are Here is a more esoteric look as what makes Lisbon special. David describes the magazine as a love letter to his adopted city, and he’s commissioned a mix of amateur and professional writers to reflect on the city and the people that live there. Each piece only appears in its original language, nothing is translated, reflecting his ex-pat experience of mixing up the two worlds. David is probably one of the few non-Portugese that can read both languages, but that’s the point. 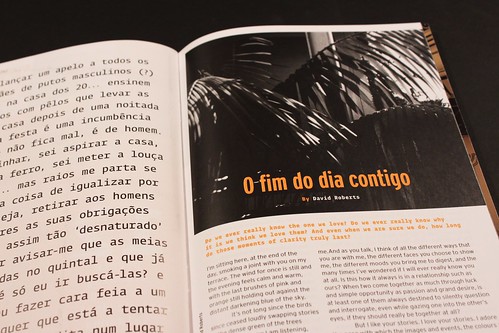 Although I’ve been to Lisbon a couple of times I don’t know it well enough to judge how well You Are Here reflects its subject, but the concept is a great one. Shouldn’t every city have a fanzine reflecting its soul?