I’m in New York for the SPD judging, and they’ve booked me into the Ace Hotel, which has already proved to be a magazine-literate choice. The hotel has had a lot of magazine coverage since they opened, so they’ve made this neat magazine about all that coverage. The interior is just press cuttings, but for the cover they’ve used this sixties Esquire homage for the logo. Nice. 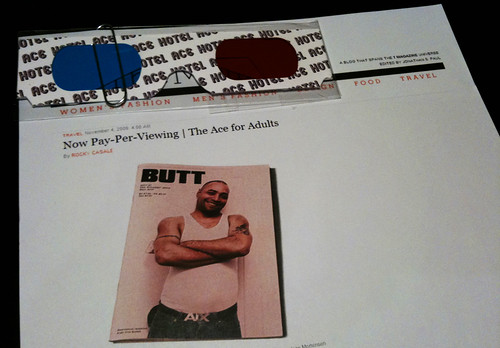