Time for a quick round-up of recent arrivals at magCulture, starting with food magazine The Gourmand. Like a number recent food titles (Fire & Knives and Put A Egg On It spring to mind, more here) The Gourmand uses food as a starting point to enjoy the strange ways of we humans. There’s photography from south India, extreme close-up eating images by Gustav Almestal, some David Shrigley art accompanied by an interview over a meal at his favourite restaurant. 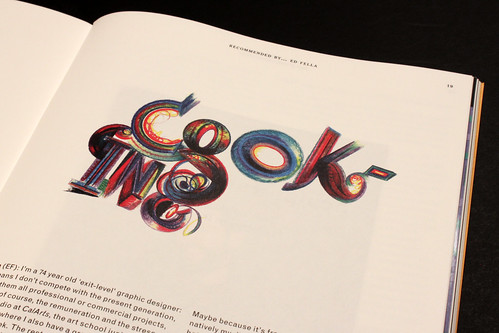 Plus US Type legend Ed Fella provides this hand-drawn headline to a brief interview with him about his (lack of) interest in food.

You can now buy The Gourmand via our online shop. 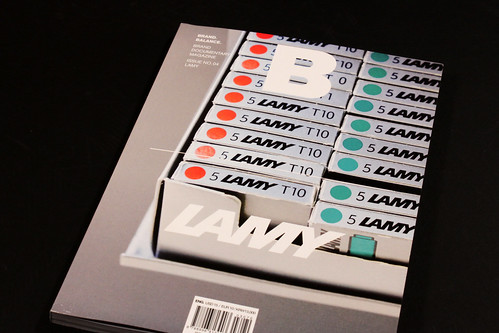 I don’t know many Korean magazines, so it was a pleasant surprise when a bundle of copies of B arrived. Even better was flicking through the pages. B stands for ‘brand’, and each issue takes a single brand as its subject and researches it to death. Issue four, shown here, is all about Lamy pens, while others to date cover Freitag bags and Lush cosmetics. 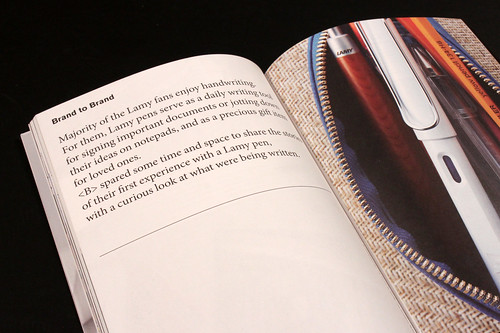 It’s a slightly bizarre idea, but it works because the issues are so detailed. As well as photography and catalogue-like coverage of each brands goods, the issues contain market information alongside early design sketches and cultural analyses of the brands. Obsessive but fascinating. Stack recently interviewed their editor-in-chief Taehyuk Choi. 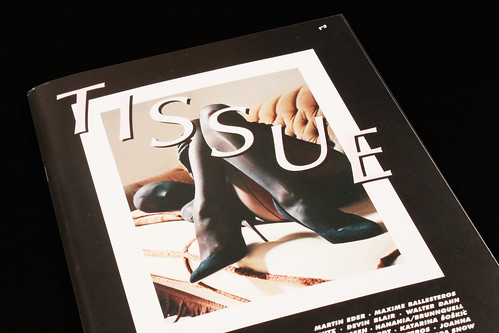 As independents become increasingly prevalent in traditional areas of publishing (food, again, being a typical example) it’s not surprising to see some deal with sex, the latest of which is Tissue from Germany. Unlike the stereotypical porn mag – all glossy fleshtones – Tissue, you won’t be surprised to hear, does things differently. The nude shoots are almost disturbingly real in their unretouched-ness, but also in the mix are artworks by 032c designer Mike Meiré and Manzine designer Warren Jackson as well as interviews with phorographer Roy Stuart and filmmaker RP Kahl. Matt paper and monochrome imagery add to the alternative feel. A work in progress, but an interesting one to watch. 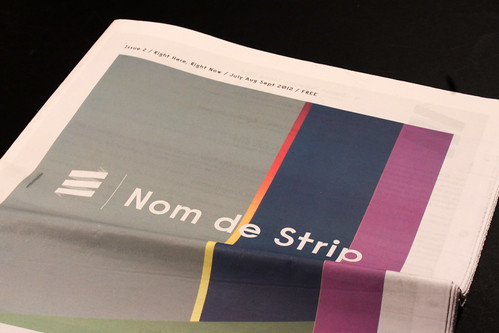 Lastly, a mention for Nom de Strip, which despite its name is not another sex magazine. It’s a free tabloid newspaper covering the arts in the south west of Britain, funded by the Arts Council among others and doing rather a nice job of it. Designed and published out of Plymouth University, I can’t judge how well it’s covering its subject and location but the 48pp summer issue looked great, being very readable and with good pace through the pages – something often lacking in the mass of tabloids around these days. I particlarly liked the feature on news art space Karst (below). 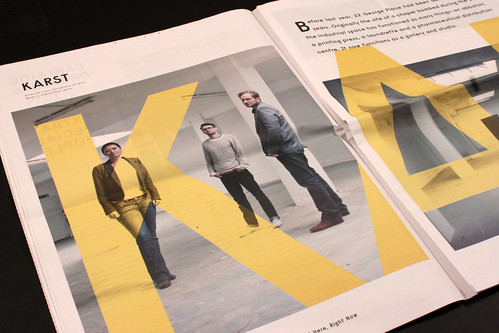