Bob Newman is a great music maven, with eclectic tastes, and we recently corresponded about our mutual enthusiasm for this London-based international music magazine in its first ‘designerly’ phase. 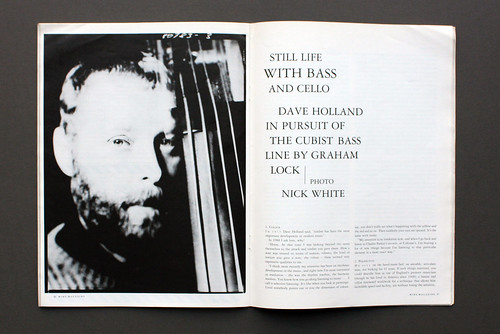 Under editor Richard Cook (1957-2007), Wire (aka The Wire) published writing by a broad church of specialists, musicologists, experts and borderline-bonkers critics united by their enthusiasm for the more arcane areas of jazz and new music. At a time when many specialist journals looked home made or like academic papers (or both), Wire art director Paul Elliman made dramatic feature layouts that were as radical – and sometimes as enigmatic – as the music the articles described (above). Elliman simplified the type, used strong, unclichéd photography (Gil Evans shot by Derek Ridgers!) and illustration, cropped library shots tight and left enough white space to let words and images breathe. 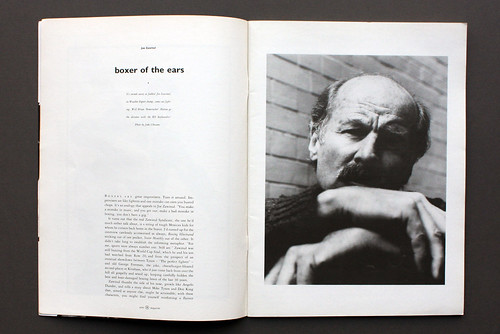 Lucy Ward picked up the design baton from Elliman in 1988, and continued to make the magazine thrive (above) in a way that was both stylish and functional until her departure in late 1990. Wire took musicians seriously, and its design made them look good without trying – be they stars, greying veterans or young turks. Under Elliman and Ward, the Wire was stylish without becoming a ‘style magazine’, and their design legacy has informed and influenced later incarnations of this admirably resilient music monthly.

A full list of contributors to My Favo(u)rite Magazine will be published here on Monday.