Barcelona-based creative director Omar Sosa is one of the founders of ‘Everyday life interiors magazine’ Apartamento. Here he looks ahead at his coming week.

Where are you today?
Today I’m in Barcelona, my hometown. That doesn’t happen very often or at least didn’t happen during the last 3 years when I was doing the art direction for Casamica, the design magazine of Corriere de la Sera in Milan (no longer published). Then I realized I was spending less than 40% of my time at in Barcelona.

But today I woke up here, as many days I have to decide whether to have a shower first of after breakfast. I always wonder which one of the two options will be more efficient, which never makes any difference, since I either take a long shower and a quick breakfast or the opposite.Today I decided to have the shower first. My girlfriend who now has set up a culinary herb company in Athens is with me this week, which makes me happy but getting out takes more time than usual. At 9:45 I was ready to go but she still wasn’t sure which shoes to wear.

Then I had a nice ten minutes walk to my office. There my colleague Victor and COO of Apartamento told me good evening since it’s 10:20 when I get into the office. We are closing the next issue now, so I went directly to talk to Robbie, our Editorial Assistant and check what is missing and who we have to stress out today.

What can you see from the window?
I see a massive 70s glass offices building so i basically see myself looking through the window, the balcony of our office, the dead plant we left there almost 6 months ago, my partner Nacho’s bicycle and the air conditioner machine.

How many emails are waiting in your inbox?
1931. I have to admit this is one of my main sources of anxiety. I can’t just answer an email in one line, I wish i could but this is not in my DNA, therefore so many emails remain unreplied and then it comes to my mind I have to get back to this and that and that responsibility chases me up even in my dreams. I wish I was more disciplined or just made more phone calls. 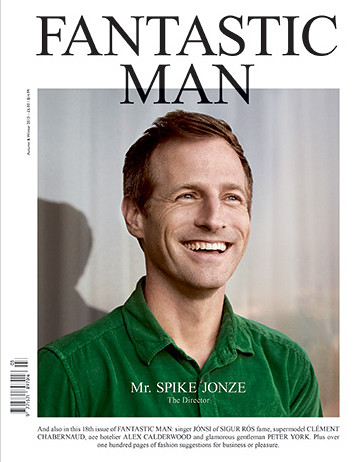 What’s your favourite magazine this morning?
I just received the new Fantastic Man and Robbie brought the black-covered last issue of Gentlewoman from London. So now I’m impressed again with the fruitful magazine factory of the Gert Jonkers and Jop Van Bennekom duo and the fantastic work of Penny Martin too. I really admire how they push forward themselves on every issue delivering quality and always surprising contents. 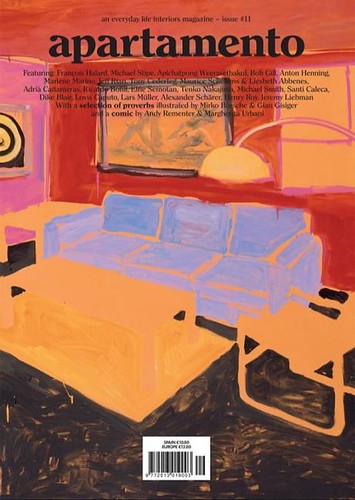 Describe your own apartment – does it look like a shoot from Apartamento?
I found this small but comfortable apartment almost 5 years ago and I got hooked by its views, terraces, and its wooden windows. It’s a very cheap construction on top of a nice building from the late 19th century. Everything in the building is decadent luxury and marble until you get to the last floor and then you have to take a narrow staircase made of terrazzo to the rooftop where my apartment is. It’s located in the very center of the city, i can literally sit on my toilet and see the biggest department store of Plaza Catalunya. It’s a rather chaotic place with all the noise and tourists wandering around on flip flops and Barça t-shirts so you can’t call it a neighborhood, at least not a place where you would get your groceries, but I can almost get anywhere in Barcelona with 10 minutes walk.

I moved here by myself and then I started traveling for work almost every week. So this place became a sort of hotel/museum/warehouse of all the stuff I keep collecting rather than a home where you spend time. It looks a bit like a little showroom, something I kind of hated before but happened very naturally. So I guess it’s the opposite of what people expect with Apartamento.

It had a cheap rent so I could renovate it as I wanted without spending so much money. I got a big kitchen bar that I almost enjoy everyday I’m at home and that really works. I put in practice all my obsessions and change all the things I hated and I had to suffer in the houses I’ve lived before. I always wonder why all kitchens in Europe use to have such small sink. Why do they have 4 or 5 hobs and almost no place to prepare food? 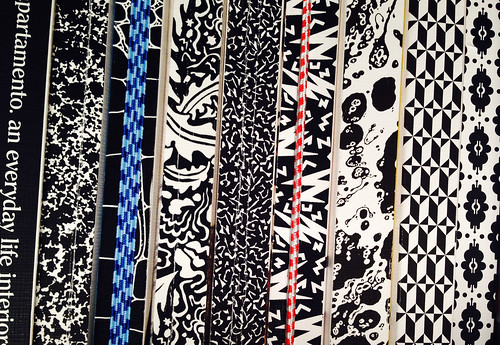 What do the patterns on the spines of Apartamento mean?
Nothing I guess. I just think spines are so important and very often forgotten from the design point of view, and we all in Apartamento love patterns, plus we want to give this idea of a collectable almost timeless magazine. I thought a collection of bold spines would make people want to put them together and maybe then deserve a place on their shelves. 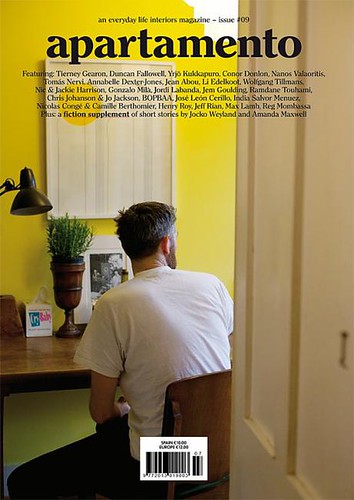 Do you still enjoy making Apartamento as much as when you first started the magazine?
There are ups and downs as normal, but I really enjoy discovering, working and sometimes meeting so many great and inspiring people that give me so much energy to continue doing what I do.

We have also became more organized and somehow I guess professional, specially with the distribution and advertising, even though the way we choose the contents for the magazine hasn’t changed too much, I speak almost everyday with Marco Velardi, our Editor-in-Chief who lives in Milan and Nacho Alegre, our Creative Director based in Barcelona but who as a photographer is traveling almost all the time, so this communication takes place via email rather than meetings, which helps to increase that stressful list of un-replied emails. 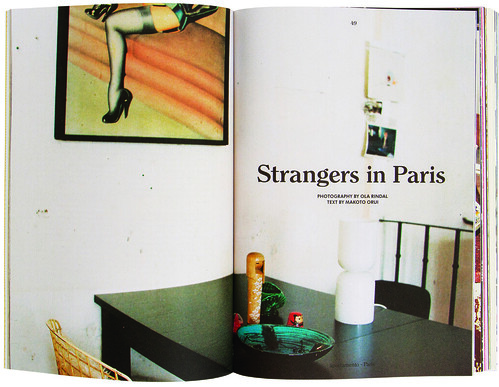 What was the last thing your editor said to you?
We edit, produce and almost distribute the magazine by ourselves, so we are all our own editors.
Nacho told me last week: ‘Let’s put someone famous on the cover.’
Marco told me yesterday: ‘Please send me the last PDF of the layout’, and I still didn’t do it!
And Victor surely told me something like: ‘Omar we don’t have more money for content!’ 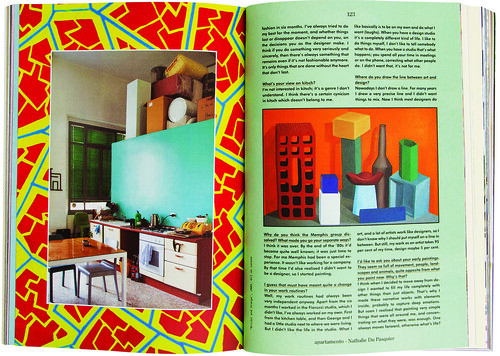 What are you most looking forward to this week?
I’m going to Bologna tomorrow to a building fair for a marble company based in Tuscany I’m working for. Then I’ll go to Milan for some meetings and I really look forward to have dinner with the product designer Patricia Urquiola and celebrate we have got the first copy of her first monograph that I started designing almost 3 years ago and seems will be finally released in October. Then I’ll see also the artist and friend Nathalie Du Pasquier with who I’m doing a book about her drawings during the Memphis period in the 80s that will hopefully see the light soon if we find a publisher. I’ll also see Marco and discuss the last details of the new issue.

What are you least looking forward to this week?
Nothing really, maybe Friday when I will come back to Barcelona and realise the week has gone again and I still have a lot of stuff to do I couldn’t manage during this week.

What will you be doing after this chat?
Take care of the increasing stack of emails and prepare all the stuff for the meetings I have to attend this week.

Omar is one of the speakers at our Modern Magazine conference in London on 16 October. Details here.